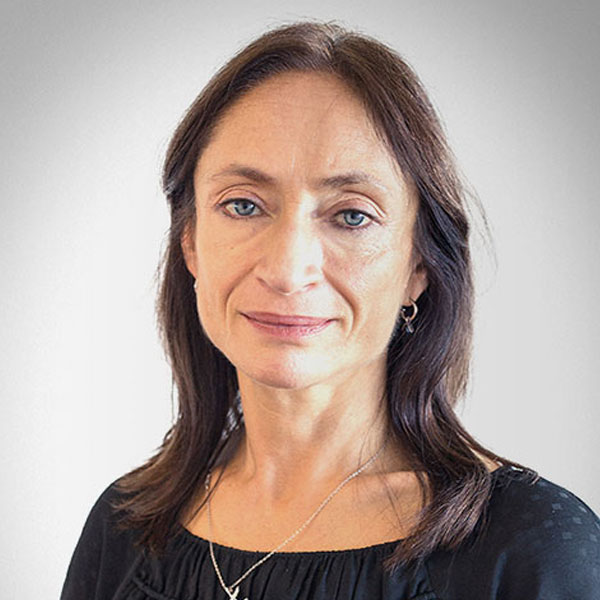 Kate Thomson (57) was born in Sussex, UK. She left home when she was 15 years old and, as a teenager, she started using drugs. During this time, Kate lived in several countries, including the UK, the Netherlands, India and Morocco. In her mid-20s, she stopped using drugs and got accepted to university in London to study sociology and communication studies. At around the same time, she tested positive for HIV. Kate helped establish Positively Women, the first organization of women living with HIV in the UK and one of the first globally. She began her work in activism at age 26, and is currently the Head of the Community, Rights and Gender department at the Global Fund to Fight AIDS, Tuberculosis and Malaria. This is Kate’s story…

“But I was what you would call a 'reluctant activist', settling into activism as a way to channel my anger.”

I was diagnosed with HIV in January 1987 – I was 26 years old and the first woman to receive a positive diagnosis in the hospital where I was tested. At that point, it took me two months to even make contact with another woman living with HIV. There was almost no information and no support out there, so those of us who were being diagnosed had to do things for ourselves. We pushed to receive basic health and hospice care, educated our providers, and took action against political and corporate interests that denied us rights that are now viewed as the bare minimum. But I was what you would call a “reluctant activist”, settling into activism as a way to channel my anger, push for change and make sense of the chaos my life was thrown into.

It was the lack of women-centred resources and the need to connect with others that led to a group of us forming an organization for women living with HIV. We worked very closely with other community networks of people living with HIV, which at the time were exclusively male, to advocate for rights, research and eventually for treatment. What bound us was not only our diagnosis, but also seeing our friends and our colleagues dying every week. We spent years trying to manage overwhelming grief that lasted up until antiretroviral treatments were introduced.

Looking back, the advent of effective treatment was a defining moment for me. The announcement at the International AIDS Conference in Vancouver in 1996 became a glimmer of hope for a weary group of HIV activists. I remember thinking, “Does this mean that I’m going to live?” And I did.

I was put on treatment, which was not easy because of the many side-effects, but my health, and that of many others, drastically improved. This was a blessing for many of us in Western Europe, North America and Australia. But while we stopped dying, our friends and colleagues living in the global South, who had worked in equal measure to see this milestone achieved, didn’t have the same access to treatment.

“This shift created a huge gap among the global family of activists living with HIV and catalysed a reorientation in our activism towards a major focus on treatment for all.”

The issue of global disparities in access is still a priority of our collective work and activism. There have been moments in my own life that I think made a difference. Working in UNAIDS back in 2005, we created a group called UN+ and managed to set up a meeting with the incoming United Nations Secretary-General, Ban Ki-moon, shortly after he started. Ten of us from UN+ travelled to New York for a 30-minute meeting, setting the agenda in advance.

We used the time well, briefing him on a whole range of issues, from stigma and discrimination to intellectual property, treatment for HIV and hepatitis C co-infection, and LGBTI rights-related issues both within and outside the UN.

At the end of the meeting, the Secretary-General put out a press release that he had had many meetings during the course of his career, with heads of states and kings and queens, but this was one of the most important. It was a particularly proud moment, being able to use our activism to influence the political agenda.

Older activists like myself, who are lucky enough to have survived so long, see the legacy of our activism continuing, but in very different ways. Treatment access has expanded in places like sub-Saharan Africa and Asia. Of course, we have not reached universal access and there’s still a lot of work that needs to be done to get there. But today’s generation of HIV activists are a much larger and more connected cohort.

Technology has created greater access for young people who want to engage in HIV activism to spark dialogue and to be heard. A lot of activism is happening on social media. It’s a far cry from the days when snail mail, television, radio and landline telephones, for those who had them, were the only ways to exchange ideas and communications.

Despite the connectedness of the digital age, one thing that I have observed and worry about is the lack of diverse representation in youth activism.

In some countries, the young people engaging in activism tend to be the most privileged, and do not necessarily come from that country’s most impacted communities. These include young people who use drugs, young sex workers, adolescent girls out of school, and young gay and trans communities. I would like to see more efforts on the part of young people to ensure gender inclusiveness and economic justice in their activism.

“My generation fought hard for seats at the table, but now it’s time for more seats and even a bigger, more inclusive and more influential table.”

Youth activism is an immense power that can continue to change the world. Young activists must continue to build an HIV movement that is inclusive, collaborative and responsive to the needs of those most marginalized among us while at the same time connecting with other communities outside of HIV who face oppression, human rights violations and lack of access to healthcare. Young peoples’ ability to be innovative and to use new technology to not only speak about their experiences, but also to connect with and listen to diverse perspectives on the ground, fills me with much hope for the future. My generation fought hard for seats at the table, but now it’s time for more seats and even a bigger, more inclusive and more influential table that spans ever more diverse communities as we kick down every wall that stands in the way of the realization of human rights for all, no matter who we are or where we live.