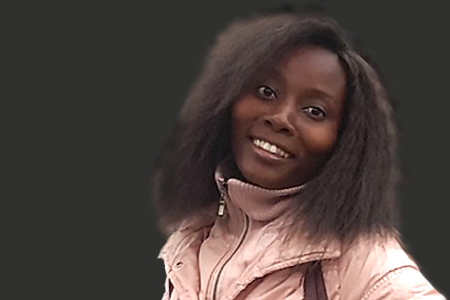 Realizing that I was HIV positive meant darkness to me. Today, I am dealing with the situation much better and look forward to my future. I feel like there are good things lining up for me.

I experienced HIV-related stigma when I disclosed my status to some girls in my second year at university. Afterwards, I overheard them talking about my HIV status behind my back. I felt so ashamed and empty. I regretted sharing it with them. Later on, I learned that some boys in my class knew about it as well. The way they were talking about it was really bad and I wanted to just quit university and go home. I threw myself on my bed and cried. That was my worst experience. During the university break, I went home and told my aunt, who was also living with HIV, about it. I wanted to be home rather than at university, but she comforted me, told me to be confident and to work very hard at school. I later joined FACT-Chiredzi, a home for people living with and affected by HIV. Being around other people living with and affected by HIV made me feel part of this world again. I’ve gained more confidence in myself, and now self-stigma and stigma from others don’t affect me.

HIV is only a virus and it can never stop me pursuing my dreams. I am going to be who I want to be.

I lost two friends who stopped taking their treatment because of the stigma tied to living with HIV. This is what motivated me to stand up against the stigma in my community and become actively involved in the HIV response. The HIV epidemic has influenced me to contribute to disease control, and today, I am an advocate. I’m tired of hearing about new infections among young people.