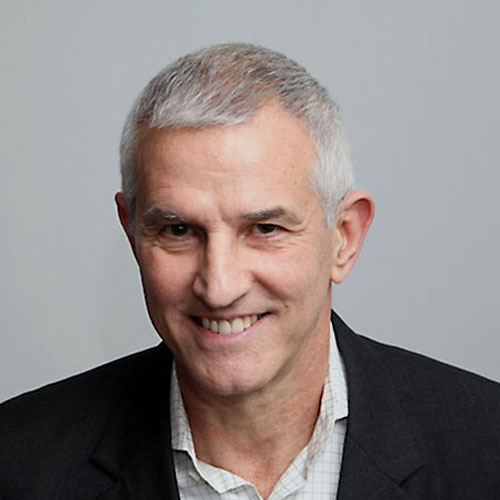 Eric Sawyer (64), was born and grew up in a small town in upstate New York, USA. He studied psychology and obtained a Master’s in Public Administration from the University of Colorado at Boulder. He got his start as a youth activist in 1982, back when the virus had not been discovered and people spoke of Gay Related Immune Deficiency, or GRID. Eric worked for many years as the Civil Society Partnership Advisor at UNAIDS and is a Founding Member of AIDS Coalition to Unleash Power (ACT UP), as well as the Co-Founder of Health GAP. This is Eric’s story…

I was 26 years old in 1980 when I moved to New York. At that time, it was the epicentre of the epidemic where most cases were reported just prior to the global outbreak of AIDS. They didn’t know how HIV was spread or how to treat it, and everybody died from AIDS within one or two years of diagnosis. It was a time of misinformation, of stigma and discrimination.

I witnessed my partner literally wasting away in front of my eyes. For months, I was full of grief and anger that nothing could be done. Then six months later, I received a call from Larry Kremer, saying that he wanted to form a civil disobedience organization to demonstrate against the government’s inaction and the drug companies’ foot dragging to try treatments. He wanted my help. My grief, anger and fear all had a common cause and now a focus. So I gladly joined Larry’s efforts and helped start ACT UP.

At the time, the US government and mainstream media, as well as religious leaders, were largely uninterested in the health crisis unfolding before our eyes. Newspapers declined to do reporting on an issue tied to people who were injecting drugs, gay or involved in sex work. This left the public in the dark. And with no public outcry to support our pleas, the government dismissed our mass deaths as something deserving neither sympathy nor action. People were rejected by their families, evicted from their apartments, denied healthcare. It was a brutal apathy that sparked our sense of urgency to take to the streets to change public opinion and also to force the government and the drug companies to respond in a companionate, empathetic and appropriate way. We were literally fighting for our lives.

That fight was all-consuming. Many of us were either fired from our jobs or forced into a long-term disability, as it was in my case. Others took jobs that they could work part time, some earning just enough money to pay their rent and put food on their tables. We put our lives on hold to work full time in activism, planning mass demonstrations, writing articles and opinion pieces for newspapers that would publish about AIDS, meeting with government officials, and doing all that we could to demand that our lives were valued and our deaths taken seriously.

Eventually our advocacy began making strides. We lobbied and marched until the National Institutes of Health, the Federal Drug Administration and the US Congress acted in getting special funding for AIDS research, bringing us into the era of HIV treatment in which we now live.

“Many of the activists who were fortunate to still be alive filled their prescriptions and promptly abandoned the activism that saved their lives.”

But after 1996 and the introduction of antiretroviral therapy, we witnessed a shift. Many of the activists who were fortunate to still be alive filled their prescriptions and promptly abandoned the activism that saved their lives. The sense of urgency among affluent white men in the HIV response dissipated.

"Soon the structural barriers that existed before AIDS shifted the HIV burden to communities of colour in North America and marginalized people across Europe, as well as people in low- and middle-income countries.”

Today’s HIV response is trying to pick up that slack left by yesterday’s activists, to extend healthcare access overall, and push issues of social justice and health equality. This is where I think the next generation will be essential.

“You should never quit fighting for human rights and social justice.”

The key lesson HIV activism has taught me is that you should never be afraid to speak truth to power; that a few people with right on their side and truth on their side can change the world. You should never quit fighting for human rights and social justice. And after you have made change happen, take a breath, look around, and make sure you didn’t leave anyone behind. That is the biggest lesson I’ve learned since starting as a young activist. I share that perspective with young activists now through intergenerational dialogue and mentorship.

My conversations with younger activist are usually meant to pay it back (and forward) so that the progress continues. But what I have realized is that many of us activists from the previous generation could benefit from their fresh insights. I also know that younger people do things differently and need to find their own way and their own voices. It’s important to be available and to offer advice, but to never tell them what to do. They know best how to shape the advocacy to effectively address the issues that impact their lives.

My hope is that young people continue to build on our legacy and find their own way of activism. A lot of things that ACT UP did in the past can’t be done everywhere, especially in countries with repressive governments. In a world where social media plays such an important role and where people are communicating in different ways, young people have numerous organizing tools at their fingertips. These creative and relevant new forms of engagement are what’s needed in today’s fight.