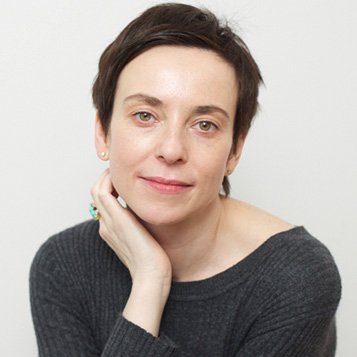 Our own best advocates

Dasha Matyushina is a Policy Reform Advisor at the Eurasian Harm Reduction Association, which strives for progressive human rights-based drug policy, sustainable funding advocacy and quality client-centred harm reduction services for people who use drugs. With a background in psychology and public health, her field of expertise includes HIV and drug policy advocacy and health systems decision making, management of community-based programmes and strengthening of community systems in Eastern Europe and Central Asia (EECA). In this interview, Dasha shares with us her experience of the power of this community. This is her story….

I started working in harm reduction in Moscow 20 years ago in a time of great transformation for the former Soviet Republics. Throughout the 1980s and ’90s, we were told that HIV was a disease plaguing a debased and decadent West. But in truth the AIDS epidemic was in Russia, decimating communities of people who inject drugs (PWID).

The fact of the matter is, PWID are disproportionately affected by HIV in Russia. Shortly after I began this work, we had an outbreak of HIV in Moscow. It was precursor to now, when more than half of all new infections happen through drug use. In five Russian Cities, a 2015 survey found that one in three people who inject drugs were living with HIV. Witnessing this was an eye-opening experience. What I realized was through working with communities to identify the risk factors, the epidemiology and the population statistics, you can actually predict what may happen in a couple of years.

The work I do with communities of PWID creates new models of harm reduction services, especially those that will attract more women and underserved populations. Injection drug users do not only engage in our programmes, but maintain an essential role in everything we do. People from the community know what is happening; they know if there are treatment interruptions; they know if they have access to HIV testing; they know whether it is really feasible to implement PrEP for people who use drugs in regional settings; and they are their own best advocates for their rights.

Throughout our monitoring of human rights violations, PWID and people living with HIV are our connection to what is happening on the ground. They form the foundation of our strategies through lived experience, illuminating where priorities should shift according to need for access and eliminating barriers.

“Communities are the most powerful advocacy tool for the many challenges in the region, and no organization could ever solve them alone.”

Leaving communities out of the equation means missing crucial intersections of care and can have dire consequences for those most impacted by service gaps. In EECA, where injection drug use and sex between men and women are the main drivers of HIV transmission, women are a prime example. A lack of comprehensive services means that even women who do not inject drugs are at higher HIV risk. Women who do inject drugs experience violence at the hands of police and therefore are less likely to seek harm reduction services. Perhaps the most shocking is that new diagnoses have increased six-fold for women aged 50 years and above. This is in stark contrast to the rest of Europe, and means that barriers to reproductive and sexual healthcare, gender-based violence and social stigma of drug use and possession are undoing the gains we have made in HIV and harm reduction.

“Even now, as Eastern Europe and Central Asia experiences the world’s only rise in HIV infections, best practices for the response exist, and what is needed is action.”

Instead, Russia and governments throughout the EECA choose not to universalize harm reduction measures, expand access to HIV prevention and treatment or end the perpetuation of HIV stigma.

Those choices reflect the prioritization of ideology rather than evidence. When Russia annexed Crimea, we saw successful opioid substitution therapies (OST) get banned, forcing hundreds of people either to leave their homes to resettle in Ukrainian-held territories where they could sustain their treatment or start injecting illicit drugs again. We know that OST has contributed to a reduction in HIV prevalence in Ukraine. And we know that repressive drug policies that increase drug-related incarcerations will not stem the tide of HIV. Instead, sweeping criminalization continues to be a main barrier to the work of PWID and HIV advocates, and governments are unable or unwilling to understand this.

So even when community plays an essential role in pointing out the gaps in service provision or linking the need for harm reduction to broader human rights advocacy, the work can be stifled. Governments in the region are becoming increasingly more antagonistic toward community-led civil society calls for change. In Azerbaijan, Belarus, Russia and Uzbekistan, we see that governments are using legislative means to limit their involvement in public debates about national policy making and trying to limit assistance from the international community.

“When governments render communities invisible through stigma and discrimination, criminalization or exclusion from crucial public health statistical data, they are doubly culpable.”